The importance of in-furrow phosphorus

The popularity of liquid fertilizers continues to increase, and in particular the use of liquids for in-furrow and 2x2 placement when planting.

This makes sense, as liquids are much easier to handle on planters than dry fertilizer, and there is growing awareness that the use of in-furrow starters at planting is beneficial. In this blog I’ll discuss the agronomy of in-furrow liquid fertilizers.

Very little phosphorus (P) is taken up early in the season when plants are young. For example, corn may only absorb about 2 pounds of P per acre from emergence through V5. P uptake peaks during tuber bulking in potatoes, and in corn the rate of P uptake peaks after pollination but then continues unabated all the way to kernel black layer. That same uptake curve also applies to small grains. So that kind of begs the question: If the crop needs most of its P later in the season, why are in-furrow phosphorus based starters so important? Well, there’s basically two answers to that question: First, P is critical for cell growth and reproduction, including the apical meristem cells – the growing tips of the roots and shoots. It is a critical component of the cell’s ATP. ATP is adenosine 5'-triphosphate, the principal molecule for storing and transferring energy in cells. So as soon as the seedling roots appear after germination they must have an adequate supply of phosphorus. They initially get it from P reserves in the seed, or in the case of potatoes the seed piece. But this supply quickly runs out, and very soon those early seedling roots need to find soluble P in the soil. But here’s where the second answer comes in. Those early seedling roots are intercepting a very small amount of soil, and even in soils that have high soil test P levels, the concentration of soluble P available to the roots is very low. That makes it difficult for those early roots to find enough P. And in a nutshell, that’s why there is that great “pop-up” effect of soluble, available P placed right there in the furrow, or very close to it, where those few little seedling roots can access it quickly. Then as the plant grows and more and more roots proliferate they intersect higher volumes of soil and its P reserves.

We also have to acknowledge that “the recovery of applied P by crop plants in a growing season is very low, because in the soil more than 80% of the P becomes immobile and unavailable for plant uptake because of adsorption, precipitation, or conversion to the organic form” (Holford, 1997). That sentence refers to what we usually call “tie-up”. And because the plant available form, or soluble, P is very reactive, that tie-up can occur to fertilizer P very quickly, and the higher the soil pH the faster it occurs. If fact in higher pH calcitic soils, which comprise much of the prairie soils, it is likely that 90% or more of applied P gets quickly tied-up. The pace of tie-up, however, can be slowed down substantially by placing the fertilizer P in a band – which is exactly what we’re doing with in-furrow placement. This is simply a function of mechanics - P in a band is exposed to much less soil compared to broadcasting the P and therefore exposed to less calcium to react with. AgroLiquid address’s this with their premium phosphorus, ProGerminator, which is a blend of 30% unprotected soluble P for that initial “pop-up” effect, and 70% plant flavonol encapsulated P that is protected from soil tie-up and releases over approximately 60 days.

By now some may be wondering well then, if P is so important in-furrow, why is there almost always other nutrients with it, especially nitrogen? There have been many studies over decades of research that proves beyond any doubt that P uptake by roots is enhanced in the presence of nitrogen. But why is this? Most studies don’t directly answer that question, they simply observe and measure the effect. Many suggest that nitrogen’s acidifying effect simply solubilizes more P in the soils, thereby enhancing P uptake. But I believe that it’s more from a metabolic effect within the plant. Here is a brief explanation: “The observations suggest the existence of a N‐requiring metabolite influencing the efficiency of P absorption and translocation mechanisms in corn” (S.J. Thien, W. McFee). In other words, nitrogen enhances P absorption by improving the plant’s absorption and translocation of P through the plants metabolism. Bottom line? Always use an in-furrow starter/pop-up that includes N in its analysis. Would adding more N be even better? Not necessarily, it appears that in most cases the amount contained in the purchased product is sufficient.

There are other nutrients that are also very beneficial in the in-furrow blend. Zinc is very often deficient in agland soils. And like P the higher the pH the less zinc is available. Because of its role in plant growth, metabolism, and photosynthesis I always recommend zinc in the blend (unless the soil test shows high levels of zinc, but that’s rare). And it’s needed early. In fact if there is insufficient zinc the plant internodes will be shortened and the rate of growth slowed. And that early impact can’t be reversed by a later foliar application of zinc. Manganese is another critical micronutrient that is usually deficient. And, a deficiency of Mn will reduce P uptake significantly. Mn is heavily impacted by soil pH, in fact a soil pH of 7.1 or above effectively eliminates its availability to the roots. So including it in that concentrated band in-furrow can be very important. Other micronutrients can also be important, including copper, iron, and boron. Boron, though, can quickly cross the line from sufficient to toxic, so be careful with the amount placed in-furrow. Copper can be especially important for small grains, but all crops need some. If the soil test Cu levels are low, it may pay to include a small amount in your in-furrow blend. Iron is important for all crops, but some crops are more sensitive to a pH induced deficiency than others, notably legumes and milo (sorghum). Interestingly, in our own research we have found a positive synergistic effect by including several or all of these micronutrients in a homogenously manufactured product like our Micro 500 rather than adding each of these micronutrients in the same amounts separately to the in-furrow blend. We’re not sure why, but we consistently observe this advantage.

In-furrow pop-ups/starters have other benefits than just yield. In our own research we consistently observe more consistent and uniform emergence in several crops, not just corn. We see faster early season growth and vigor in the crop. And that often translates into earlier maturity, which as everyone knows can be very important up here with our shorter growing seasons. Even in those situations where the use of in-furrow pop-ups don’t translate into more yield (which can happen, especially on high fertility fields when we have good moisture the whole growing season and we’re blessed by a warm, sunny late summer and fall) we usually see an earlier maturity and drier grain at harvest.

Finally, I always stress the importance of using clean, high quality, low salt products when placing nutrients in-furrow. Some cheap generic P products can contain impurities like cadmium, which is a heavy metal that can reduce seed germination. Crops vary widely in their tolerance to fertilizer salts placed in contact with or very close to the seed. Some highly sensitive crops like edible beans may benefit from nothing in-furrow and instead the use of a 2x2 placement. Other crops are not as sensitive, such as potatoes, and we can use much higher rates at planting. Part of this ability to use higher rates is that most potato planters actually place starters level with and a couple of inches to the side of the seed piece rather than directly on it. Know your crop’s nutrient needs and always stay current with soil testing, it’s the best ROI you can get. And be aware of the impact of your soil’s pH, it can very much influence when, where, and how you place plant nutrients. A final caveat: Just because a soil test extraction shows a particular level of a nutrient, it doesn’t always mean that that nutrient will be available – like the manganese example above. Use the expertise of your ICI agronomist to help you make the best product purchase decisions for your farm and crops.

Next up in our News and Blog 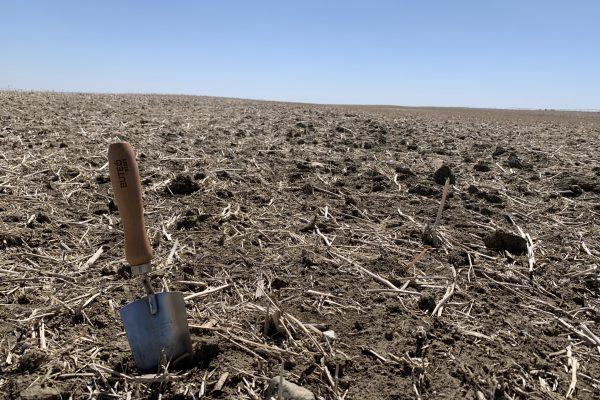 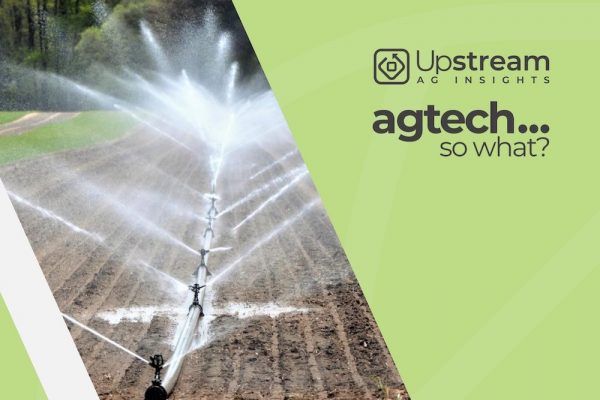